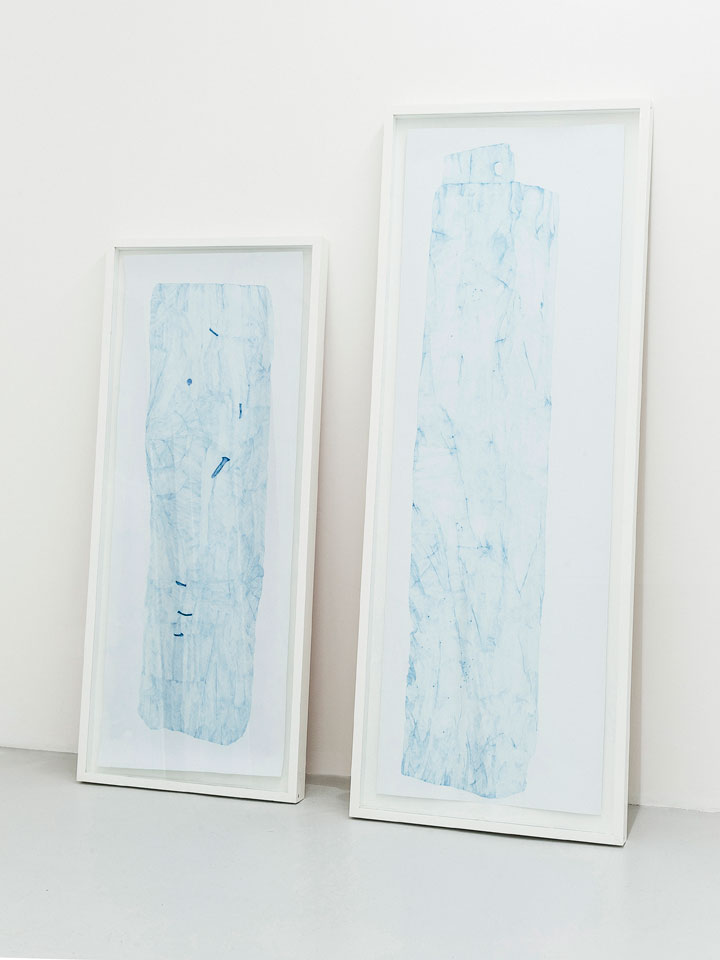 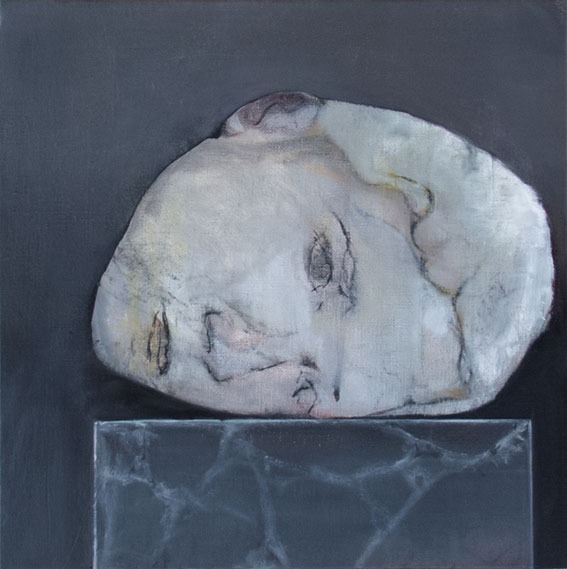 “Once more, if nature, creatress of things, had been wont to compel all things to be broken up into least parts, then too she would be unable to reproduce anything out of those parts, because those things which are enriched with no parts cannot have the properties which begetting matter ought to have, I mean the various entanglements, weights, blows, clashings, motions, by means of which things severally go on.”

In between things / IN MEDIA RES

Leaning, observing, getting closer to the elements of nature, getting hold of these “least parts”, and, should distance allow it, conveying to the world these “things” just the way they have been experienced, transformed, encountered.

Benoit Blanchard is not of the pedantic kind, he is one these scrupulous observers for whom science and knowledge must never replace the rest. Despite language and writing availing themselves of the entirety of his work, it seems as though they are never servicing a pure illustration, but rather an whole filled with poetic tonalities. Writing therefore becomes a means of expression through which he builds his fictional preparations, and when he happens to be writing about other artists2, it no longer becomes a question of associating him with his practices. Language remains, just as voluble and full of imagery.

A humble curiosity exudes from these unions among different fields, an entity that must never find a common source, instead, a barely perceptible alchemy between prose and the maintaining of shapes, as though there was an instinct up and running. Drawings, paintings, writings and installations “immobilise (together) an autobiographical landscape”3. A panorama composed of little and powerful “natural stories” alluding to those by Buffon in his Histoire naturelle, générale et particulière4, and wherein each one of these ordinary observations (incandescent logs, beams, fly corpses, cloth diapers, etc.) seems to, little by little, further itself from its conventional character, in the sole aim of serving its own abstraction abilities.

“Any minor event, a brief encounter, the contemplation of a word, the observation of an object, are for him inevitably ‘brilliant incidents of a formal clarity and impenetrable content’.”5. By citing Samuel Beckett, whom the artist’s drawings strangely relate to, we are brought back to the extreme precision of these drawings’ lines, to their prominent “naturalness”, insofar as it relates to the wild characteristics of an environment, but also to a form of “naturalization”. By preserving the natural aspect of the motif, Benoit Blanchard seizes it before transforming it, by stretching it into a subtle unreality; like Les Écritures, and their crimson color depicting combusting logs, whose representation never ceases to distance itself progressively from the initial object.

All this meticulousness seems to converge towards a general tranquility, a state Benoit Blanchard supports by describing the “pure pleasure of observation”6 traced by his drawings. He refutes the idea of a series, preferring a specific attention given to the individual existence of a work, because through the plethoric variation of repeated shapes withheld within the constraints, the thought that the first drawing might by ab ovo, or the repetition of all the others, is suggested. Following the Deleuzian principal, each drawing becomes, for Benoit Blanchard, a piece attaching itself to another: “Simultaneously organically through the subject’s motif, and through its structure”; hence why the works are all, in majority, created at life scale, in order to deliver the entire content of their individuality, regardless of their apparent similarities. On the one hand we have an expansive vegetation with a Saxifrage appearance drowning in a neutral background; on the other, a frieze of flies staged in a stave.

When it comes to painting, the artist deals with time, specifically a stretched timeframe serving fiction. Portraits, still life paintings, or plant filled follies: “the paintings are gazed at as something forgotten”7. There is nonetheless a sort of proximity, most likely the result of a systematic reframing undertaken by Benoit Blanchard, tightening and fragmenting the bodies. Consequently, familiarity is near, but the artist prefers observing the way in which it returns once the paint’s varnish is settled between him and his models, by simply painting subjects that have encompassed other existences and that he can recognise. Between intimate faces and antique sculptures lives an attraction for bas-relief, which permits “a more complex representation via a split in two”8, and, finally, creates an ability make use of the link between painting and sculpture.

Painting will then serve as a reiteration, a resonance, similar to an indefinitely repeated note within each room of the exhibition; a leitmotif with a discordant course, alternating between dense and vacant spaces, and playing with excessiveness, vacuity, and curiosity.

“In between things”, the title, refers to a Latin quote taken from Horace’s Ars Poetica9. A literary device used in the epic genre (eg. Homer’s Iliad), In Medias res10 “consists in placing the reader/spectator in the middle of the action without any preliminary information, the elements taking place prior only being revealed at a later time”11. In theatre, this device allows a propulsion into the heart of the action in the most alive and direct way. Similarly, the installation Correction announces, by its formal evocation, an entrance on stage. By means of immense paper curtains, drawn and braided, it incites spectators to progressively discover the incessant coming and going organised by Benoit Blanchard within figuration, observation and chimaera. The exhibition, constituted partly in a concentrated manner, underlines the mysterious and empty environment taking its time to reveal itself. Only at the end of the path will the protagonists reveal themselves. In the meantime, “picked-up” anatomies fragment the matter and dissect the live before making it invisible again.